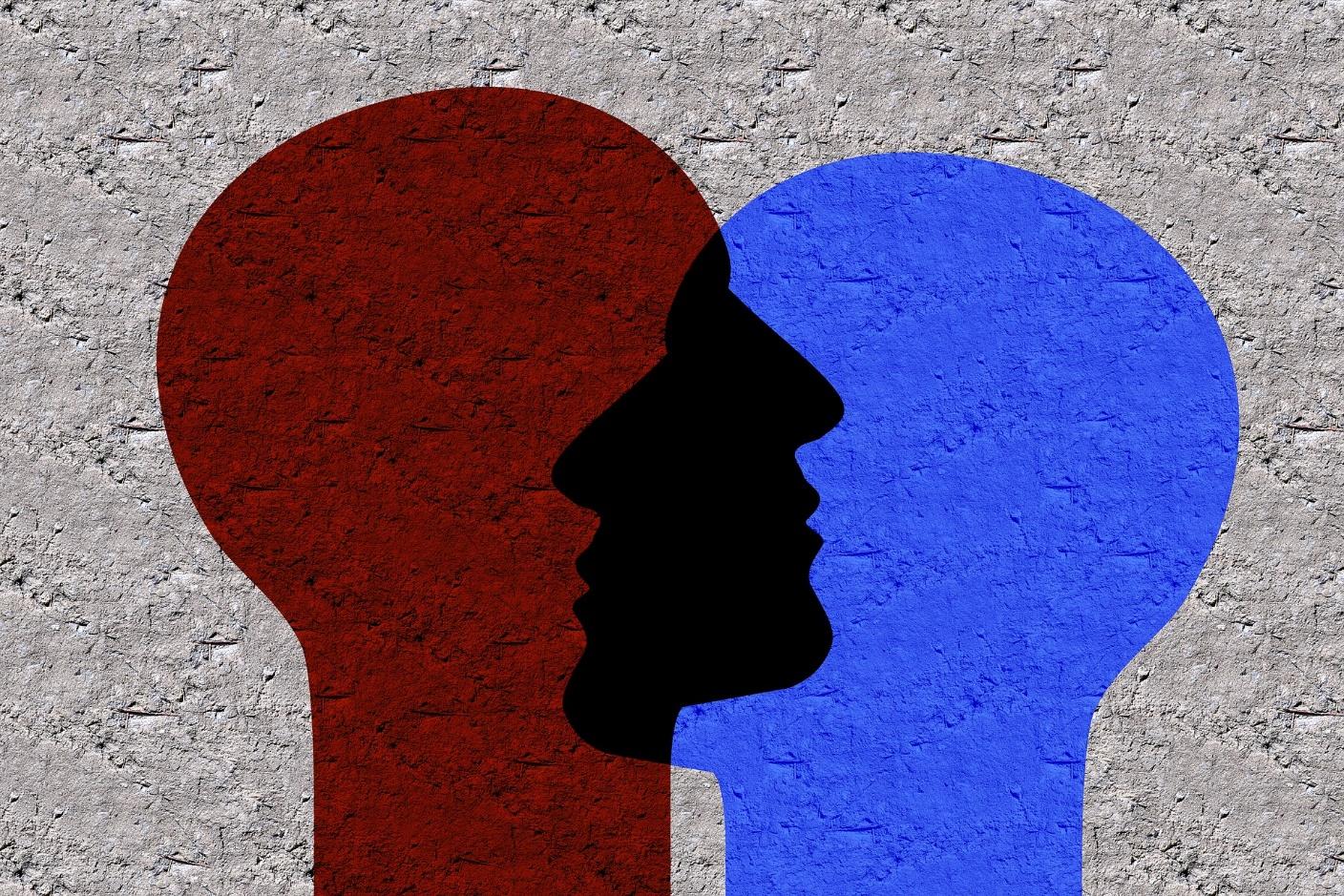 “The greatest sickness known to man or woman is called self-esteem. If you have self-esteem, then you’re sick, sick, sick,…” (Albert Ellis, REBT Founder)

Ever wondered how the western business world, its business schools, and many psychologists came to propagate self-esteem in a mindless keep up with the Jones’ race? It all accelerated with psychotherapist Nathaniel Branden’s landmark 1969 book “The Psychology of Self-Esteem,” which launched the Self-Esteem Movement. His theory had good and bad aspects, but overzealous propagators distorted its rationale, exposing the Movement to ridicule.

This article provides an overview of the Self-Esteem Movement’s key points and demonstrates why its outlook on self-worth is harmful to wellbeing and productivity, despite its ideas being as vibrant as ever. It will show that the key assumption of self-esteem – being a fundamental inevitable need we cannot opt out of – is false! And, to mitigate this ‘EITHER high OR low self-esteem’ dichotomy, Nathaniel Branden, known as the father of the Self-Esteem Movement, urged basing self-worth:

a) Notionally, on competence and reason. Which is oversimplified; the immense complexity of human beings cannot be reduced to only two defining factors.

b) Specifically, on internally generated practices (The Six Pillars of Self-Esteem). Which is an overstatement; no person has the mental will and physical strength to “make it” to every “scheduled self-esteem practice”.

The Good. The Bad Name. And the Key False Assumption

Branden raised awareness that “every human judges himself by some standard; to the extent that he fails to satisfy that standard, his sense of personal worth suffers.” He advised against basing self-worth on existential achievements or productive goals. “Since man is neither omniscient nor infallible, and since, in many productive endeavors, the participation of other men is involved – it is profoundly dangerous to a man’s self-esteem, and therefore to his psychological well-being, to let his sense of personal worth depend on factors beyond his control.”

The “high self-esteem to all” initiative within educational institutions has eroded standards of excellence with the bestowment of winners’ cups and certificates and ‘grade inflation’ simply for participation.

In 2018 the Harvard Kennedy School of Government research found that attendance and performance declined in schools and organizations as a result of rewarding the simplest of tasks (like showing up). “Receiving retrospective awards may demotivate the behavior being awarded by inadvertently signaling (a) that recipients have performed the behavior more than their peers have”; and (b) that recipients that have performed “the behavior to a greater degree than was organizationally expected.” (The Demotivating Effect and Unintended Message of Retrospective Awards)

The Key False Assumption and Resultant System of Convictions

Branden’s “healthy self-esteem” relies on a system of convictions listed in bold below – together with non-bold antidotes based on the philosophy of self-acceptance.

The Six Pillars of a Balanced Life, Not of Self-Esteem

The practices would lead to a balanced life IF it weren’t for the irrational belief that human self-worth depends on strict adherence. Due to our fallible nature, these internally controlled practices aren’t always controllable. People simply cannot – day in and day out, continuously, year after year, throughout their entire life – be in the position to practice and do what they plan or want. And once a scheduled practice of the “necessary and healthy” self-worth standard is missed… not far away lurks low self-esteem!

Given human fallibility and the immense complexity, there is no adequate or complete standard of valuing human worth; yet, the unhealthy high vs. low self-esteem dichotomy has a solution. Stop self-appraisals, refuse to assign a global value to your SELF, evaluate only aspects of yourself, and thereby prevent self-worth volatility. In other words, develop and practice unconditional self-acceptance, the antidote to (and not part of) self-esteem.

Other Arguments in Favour of Self-Esteem with Antidotes

Success on Account of Self-Esteem is Possible But Costly!

Below (in bold) are other arguments favoring self-esteem philosophy together with the non-bold antidotes.

Argument 1: There are many successful emotionally misbalanced leaders with high self-esteem!

Antidote 1: Such success comes at too high a cost! “What we often do not realise is that they made innumerable needless asinine errors as they were climbing the success pinnacle; that practically everyone they know hates their guts; and that they are now working on their second ulcer and third nervous breakdown.” (Albert Ellis, “Executive Leadership”)

Question: How does this cost affect corporate social responsibility and wellbeing?

Argument 2: Self-esteem thinking breeds success. “One reason that many of us have positive self-esteem is because we are generally successful at creating positive lives.” (Dr. Rajiv Jhangiani and Dr. Hammond Tarry, “The Feeling Self: Self-Esteem”)

Antidote 2: Self-esteem thinking detaches reality – information is processed to enhance the self! “Research confirmed people often attempt to create positive self-esteem whenever possible, even if it involves distorting reality. We tend to take credit for our successes, and to blame our failures on others. We remember more of our positive experiences and fewer of our negative ones. We also distort (in a positive way, of course) our performances…and our romantic experiences. (Dr. Rajiv Jhangiani and Dr. Hammond Tarry, Chapter “The Feeling Self: Self-Esteem” in “Principles of Social Psychology”)

Antidote 3a: “Unconditional self-acceptance promotes constructive action, not resignation. Since you do not label yourself unconditionally, you are much more likely to see that change is possible than when you depreciate [or appreciate] yourself”. (Windy Dryden, “How to Accept Yourself”)

Antidote 3b: Compulsive self-esteem drive is an unwholesome cultural value that helps us achieve inauthentic goals! It contributes to: unhealthy emotions and unconstructive actions, burnouts, workaholism and substance abuse; it prevents us from taking or really enjoying well-earned holidays.

Antidote 3c: Western cultures force high self-esteem, causing people to lie about having it! “Studies show people in Eastern, collectivistic cultures report significantly lower self-esteem than those from more Western, individualistic ones (Campbell et al., 1996). The differences were explained by cultural differences in modesty. In cultures where high self-esteem is not as socially valued, people presumably do not feel the same need to distort their social realities to serve their self-worth.” (Dr. Rajiv Jhangiani and Dr. Hammond Tarry, Chapter “The Feeling Self: Self-Esteem”)

A Changeable Thinking Habit Rather Than Need

General Semantics: Words Are Not What They Represent

Sleeping, eating, breathing, (to a certain degree) sex: these are all needs! They preserve life. Most other things we want are desires; having a good job, exotic holidays, etc. It is clear that a sense of self-worth or high self-esteem is not a need, but it’s not really a typical desire either. So what is it then?

Self-esteem is mostly a thinking habit of evaluating the entire self, based on its aspect(s).

Long definition: A sense of high or low self-esteem (self-respect, self-confidence, self-assurance, self-worth) is just an ABSTRACTION – the process of the primitive identification of the entire being with the abstracted idea of being ‘good’ or ‘bad’ (‘worthy’ or ‘worthless’, ‘superior’ or ‘inferior’) based on the perception (realistic or not), of our performance or some other characteristic of self, such as looks.

General semantics backs the “habit” argument and outlines its consequences: “Abstracting by necessity involves evaluating, whether conscious or not…The non-awareness of which may lead to disturbing, frustrating, or disastrous misevaluations and consequences…if we retain the primitive confusions of abstractions.” (Alfred Korzybski, the Founder of General Semantics)

Since self-esteem is a thinking habit, we can radically change this “way of thinking’! First, realize we’re overgeneralizing our self-worth – either to be too negative (low self-esteem) or too positive (high self-esteem). Second, develop the unconditional self-acceptance thinking habit (refuse self-evaluations) and internalize the philosophy that humans are too complex to be (over)generalized.

General Semantics notionally support unconditional self-acceptance: “A recanalization and retraining of our usual method of evaluation is required, and this is often a challenge. It necessitates ‘thinking’ in terms of ‘facts,’ or visualizing processes, before making generalizations. Making us conscious of our unconscious assumptions is essential; it is involved in all psychotherapy and should be a part of education.” (Korzybski)

“Disequilibrate self-assurance by demonstrating that our sensory perceptions are not reliable. Accept the fact that the world which each one of us perceives is not an ‘objective’, but a ‘subjective’ world of happenings-meanings. It is not sufficient to ‘understand’ certain principles and to accept them ‘intellectually.’ It is imperative to change our habitual methods of thinking, and this is not easy as it seems.” (Dr. Adelbert Ames, Jr., Hanover Institute and Princeton University)

The result of rejecting self-esteem generalizations: “An awareness of the processes of abstracting clarifies the structure of a great many of our interpersonal, professional, etc., difficulties, which may become trivial or non-existent if we become conscious of the identifications involved. Self-made problems often turn out to be no problems.” (Korzybsky)

Why So Many Still Engage In Self-Esteem Binary Code?

People tend to see the world as a simple binary 0 or 1 code, in black or white terms – and not in shades of grey. Either one is worthy or not! To question it requires effort, but that frustrates – we seek pleasure, avoid pain, and stick with familiar ‘either-or’ duality. “We deal with day or night, land or water, etc. On the living level we have life or death, our heart beats or not, are hot or cold, etc. On higher levels we have induction or deduction, materialism or idealism, capitalism or communism, Democrat or Republican, etc. And so endlessly on all levels.” (Korzybsky)

It is thus unsurprising that many oversimplified initiatives – like the Self-Esteem Movement – are popular and persistent. However, “in living life, many issues are not so sharp; therefore, a system which posits the general sharpness of ‘either-or’ is too distorted and unduly limited. It must be revised and made more flexible in terms of ‘degrees’.” (Korzybsky)

Rather than present another ‘either-or’ dichotomy, like ‘self-esteem or ‘self-acceptance’, note that:

Self-esteem is an eternal hot topic in the business and academic world. The harmful dichotomy of being worthy or not creates intense confusion and psychological issues while fueling the breathless climb to the top of the corporate ladder, where we are convinced the ultimate sense of self-worth awaits.

Nathaniel Branden, widely regarded as the ‘Father of the Self-Esteem Movement’, suggested self-worth should not be based on external factors (outside of our exclusive control) such as existential achievements or productive goals. Instead, he argued, one should base self-esteem on internally controlled practices such as living consciously and purposefully, practicing self-assertiveness, self-responsibility, and integrity.

Unfortunately, linking self-worth to these internal practices generates bouts of low self-esteem whenever– due to our common human fallibility – we’re unable to make it to a “scheduled practice”. No such self-worth standard embraces infinite human complexity nor can anyone fulfill it always and totally. Accordingly, all those self-worth standards are incomplete, unachievable and unhealthy, whether they’re within our exclusive control or not. All but one: If we think we’re worthy because we’re human and alive – then that’s a complete, achievable and healthy standard!

Self-esteem is just a primitive human inclination or tendency to generalize self-worth. From good or bad behavior, we abstract ourselves into a ‘good’ or ‘bad’ person. But we have the free will and the capacity to retrain our mind and create a new habit: self-acceptance – the refusal to self-rate and willingness to evaluate only aspects of ourselves. The result is higher mental stability and a clearer perception of reality.

Note: If you found this article useful and think others may too, please share the link. If you have a question, comment or want to share your opinion, please share it here or send me a message via LinkedIn.

—- I invite readers to join me on LinkedIn